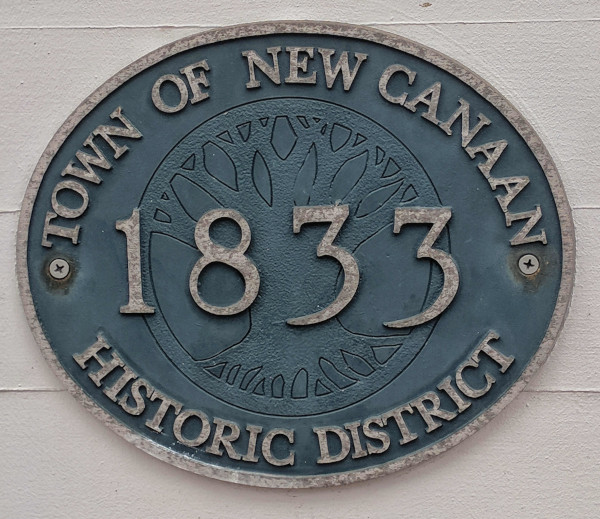 St. Michael's was formed in early 1962, when the Rev. Bernhard Johnson, pastor of St. John's Lutheran Church in Stamford, CT, led an effort to bring a Lutheran mission congregation to New Canaan. In August 1962, property of St. Mark's Episcopal Church, dating to 1833, was purchased by the Board of American Missions of the Augustana Lutheran Church for the mission congregation. The property, “old St. Mark's”, included the church building, an attached education building, the parking area immediately to the rear of the church, and the “Ludlow House.” Also in August, the Rev. Wayne E. Johnson arrived on call by the Board of Missions to gather potential members, appoint a steering committee, and plan for organization day.

The first service, Choral Vespers, was held in the reopened church for the new mission congregation on September 30, 1962 — the day after St. Michael's Day, and the inspiration for the congregation's name. On May 5, 1963, St. Michael's was formally organized on Sunday morning. In the afternoon, the first business meeting included adoption of the constitution, election of Council, and authorization of Council to purchase the property from the Board of Missions. In June 1963, an exchange of properties was made between St. Michael's and the New Canaan Historical Society, located next door to the church. St. Michael's acquired nearly an acre of land from the Society to be used for additional parking, while the Society acquired the Ludlow House, which became its headquarters building.

More recently, St. Michael's enhanced its street entrance with the addition of a beautiful brick plaza, and added a playground area. The congregation celebrated 50 years of ministry on May 5, 2013.