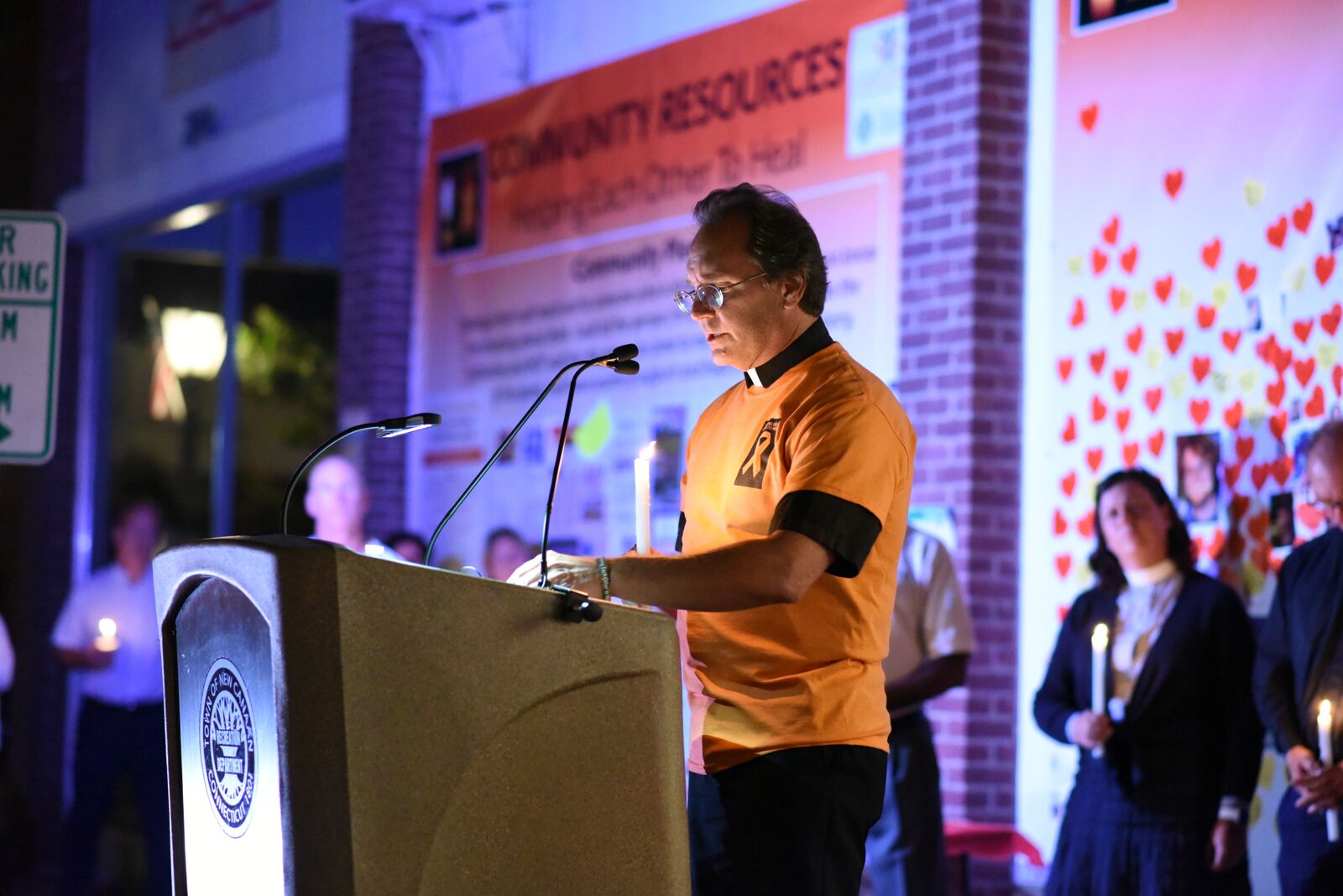 The Rev. Dr. Derrick Fallon was called to serve St. Michael's Lutheran Church on July 17, 2016. He is married to Pam, and they have two adult children, Colin and Ian, who are getting on with their life's work in Omaha, NE and Chicago, IL, respectively. Pastor Derrick was born in Abington, PA and lived in the Philadelphia and Pittsburgh areas until his father's work afforded a relocation of the family to Dutchess County New York near Poughkeepsie. In 1976 the family moved again to Westford, MA where he finished high school and attended the University of Massachusetts. He graduated in 1984 with a Bachelor of Arts degree in Economics with a minor in Psychology. He worked at different locations throughout New England as a General Manager and Training Coordinator for a retail pharmacy chain until 2002 when he entered seminary at the Lutheran Theological Seminary at Gettysburg after discerning a call to ministry.

While attending seminary Pastor Derrick served as Associate Chaplain at the Gettysburg Hospital from 2003-2004, and then as Vicar at St. Matthew Lutheran Church in Plainfield, PA from 2004-2005. He graduated from LTSG in 2005 with a Master of Divinity degree, was ordained into the ministry of Word and Sacrament and called to serve St. John's Lutheran Church in Randolph, NE in 2006. While serving the congregation in Randolph, he attended Luther Seminary in St. Paul, MN and graduated in 2011 with a Doctor of Ministry degree in Biblical Preaching. In addition to his responsibilities at St. John's, he accepted a call to serve as Ministry Coordinator for Nebraska Lutheran Campus Ministry at Wayne State College, and was elected to serve as Dean of the Lewis and Clark Mission Cluster of the Nebraska Synod. He also served the Nebraska Synod as a retreat facilitator for people discerning a call to ministry.

Among Pastor Derrick's passions and interests are reading and writing. He is a staff writer for Augsburg Fortress and writes for the devotional publications Christ in Our Home and The Word in Season. His writing has also been published in Word and World: Theology for Christian Ministry, as well as The Lutheran Digest. He also enjoys running, spending time with Pam, Colin, and Ian, and helping people connect with God's grace, love, and light.